Antoin Fox’s sporting year hit another high this week when he was selected as full back on the Ulster Colleges 2017-8 football All-stars team. The Loughmacrory club man was an integral part of Tyrone U17’s inaugural All-Ireland success in August. A versatile player who is physically very strong and good on the ball Antoin has been a leading performer in this years MacRory Cup campaign.

Antoin is joined on the team at left corner forward by Trillick GFC sharp shooter James Garrity. James joined this school this year from St.Michaels Enniskillen and he has been a welcome addition to the CBS forward line. Not only has James a keen eye for goal he works extremely hard to win back possession allowing opposition defenders no time on the ball. 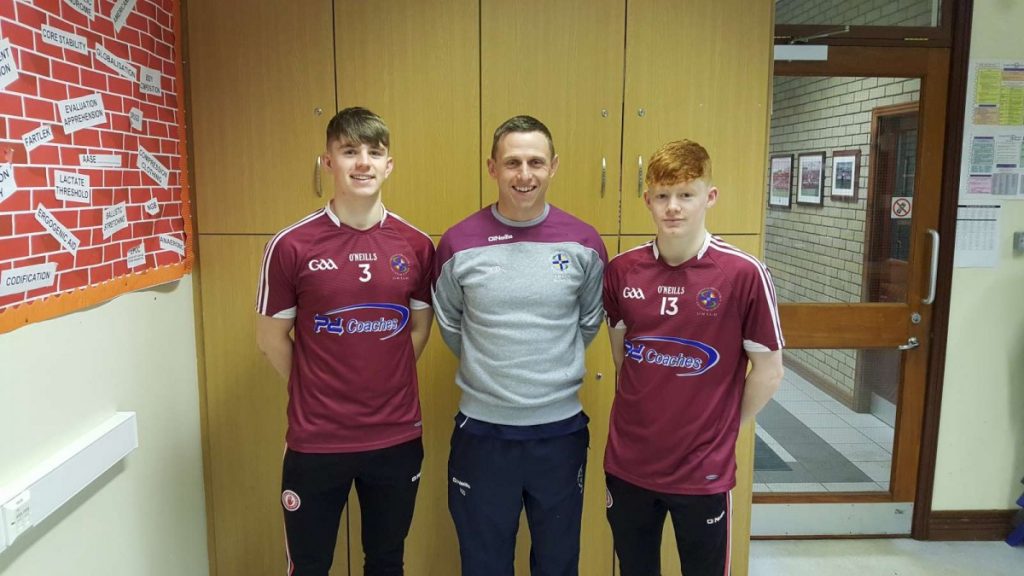 Antoin and James are pictured with their coach Mr K Donnelly

Carrickmore duo Brian Conway and Daniel Fullerton where selected as full back and full forward, respectively, on the Queens University Rising Stars team.  The rising stars team is where the GAA Academy at Queens University teams up with Ulster Schools to recognise the cream of Year 12 football talent in Ulster this season, including Rannafast and Rafferty Cups. 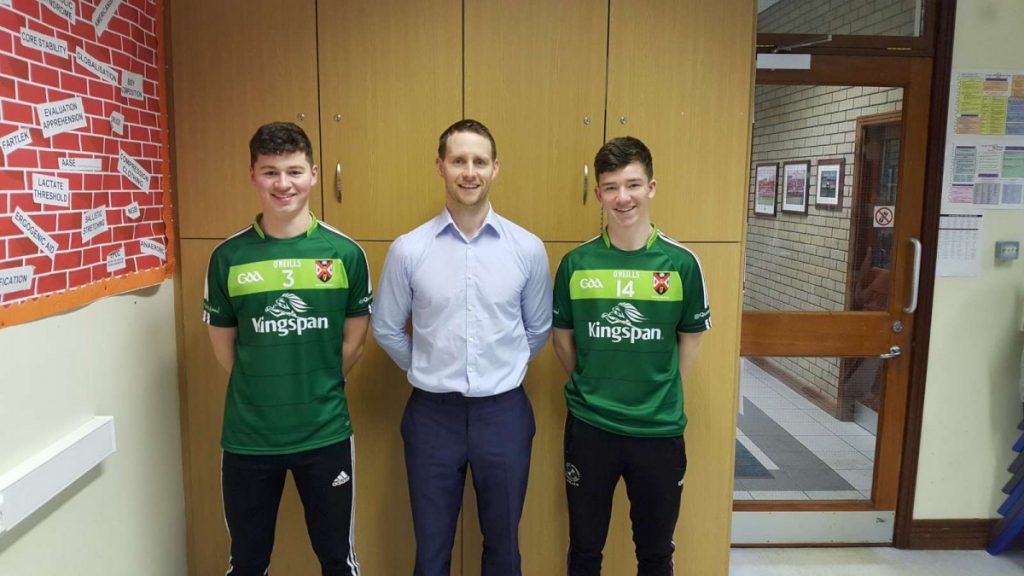 Brian and Daniel are pictured with their coach Mr F Moriarty