SLATE is an Omagh based charity that provides housing for homeless young people between the ages of 16 to 25.

YPI is an active Citizenship competition for secondary school students through which they learn to tackle social problems, engage with their community and develop the skills needed for effective giving.

Pupils work in small teams to research and discuss the social needs of their local community and identify the local social service charity they believe is best placed to make a positive contribution. They visit and build relations with representatives from their chosen charity and work together to create a presentation about their charity and the reasons it is deserving of support. The group judged to have made the best presentation in each school is granted £3,000 to award to their charity.

Last year pupils from the CBS presented a cheque for £3,000 to the Omagh branch of the Order of Malta. 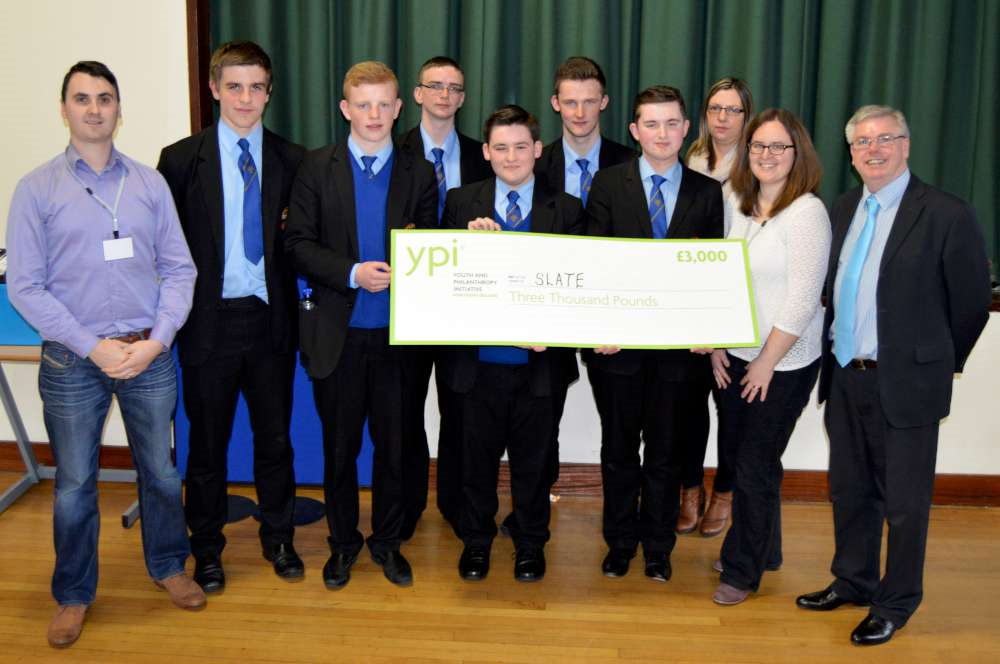 Also in the photograph: two members of SLATE Omagh, Lauren Lamberton from YPI and Michael Mc Gowan Head of RE