Omagh CBS U-13’s won the Fermanagh & Western Bawnacre Cup for the second year in a row after defeating Devenish College 1-0 in the final. The CBS boys won all 6 group games, playing some wonderful football along the way, but the pressure told in the final stages of the competition with the semi-final going to a penalty shoot-out after a 0-0 draw with Fivemiletown College. The CBS came out on top in the dreaded penalties 6-5 with goalkeeper Cian Harper scoring the winning penalty. The final against Devenish College was another tense affair which took extra-time to separate the two sides. The CBS emerging victorious after Conor Bradley’s wonderful individual goal broke the deadlock. 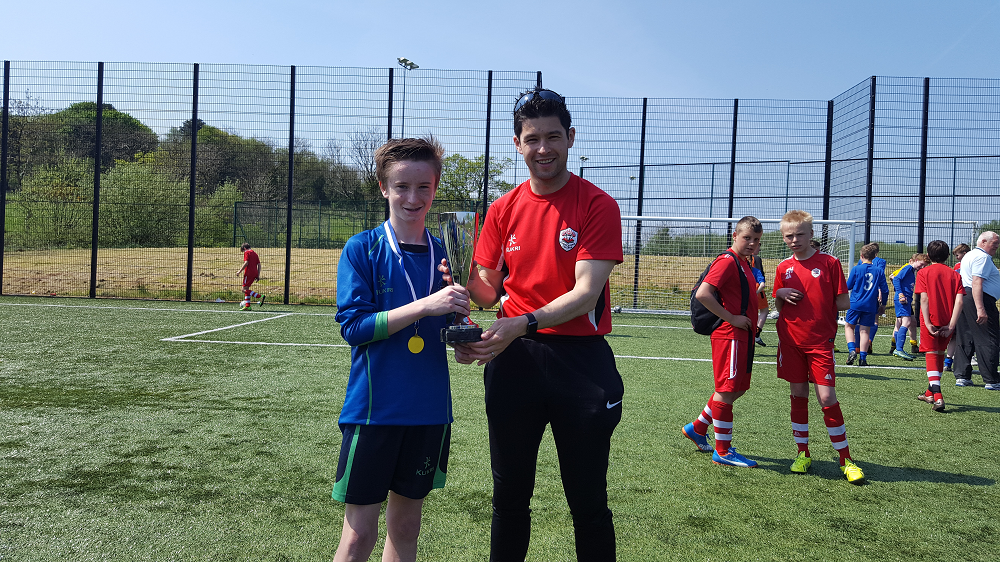 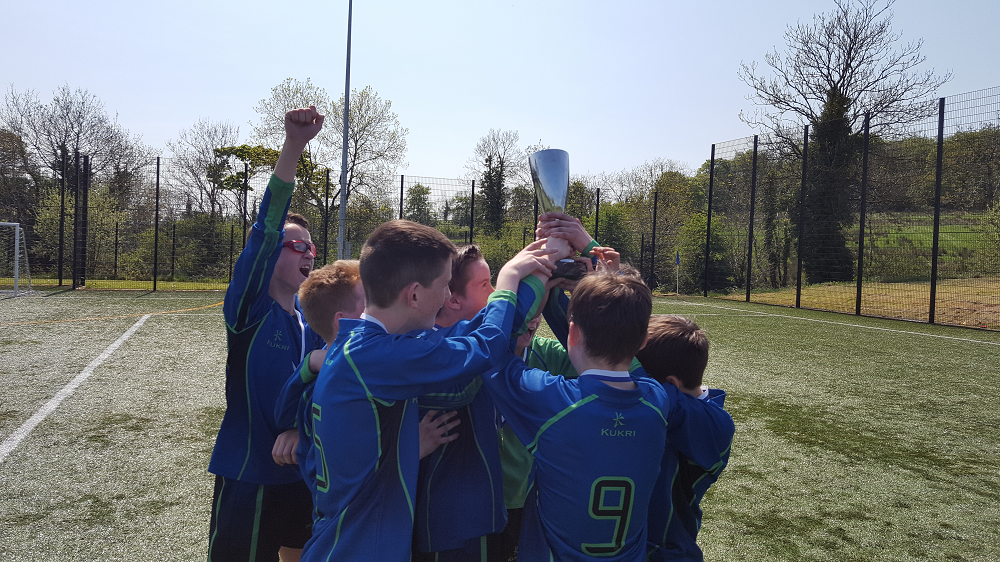 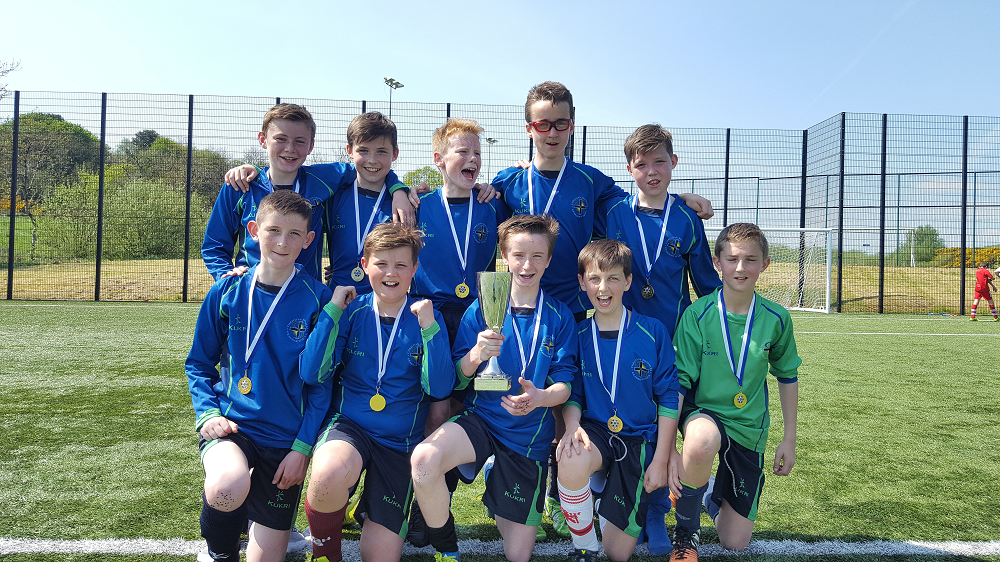