From the CBS to Silicon Valley

On Thursday 11th of January former student Shaun O’Neill called in to speak with those Year 13 students currently studying ICT or Computing courses. Shaun had been home for Christmas and we were lucky to catch up with him before he returned to his California base and his Data Solutions Engineering role with Alooma. 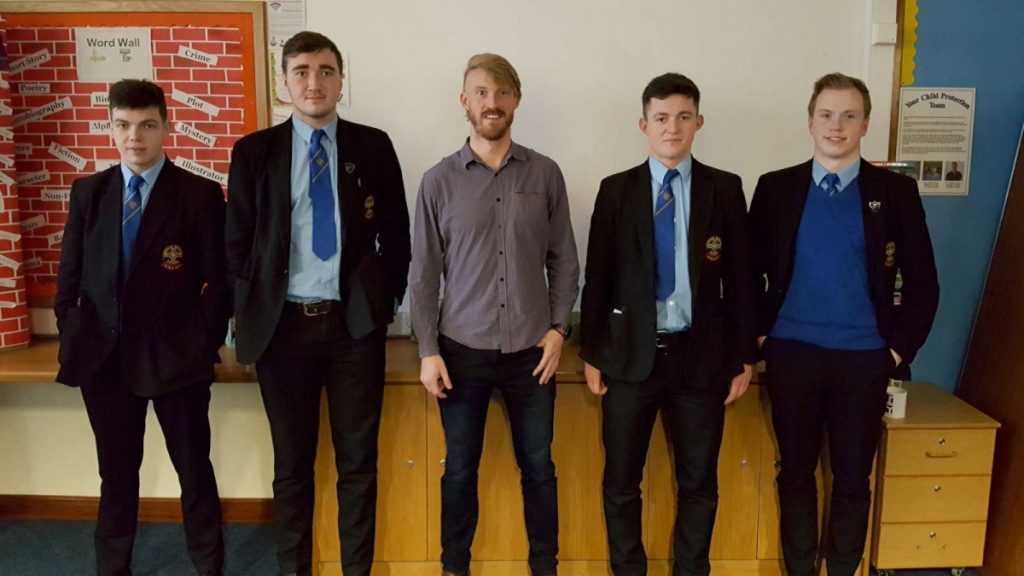 Alooma is an Israeli startup that helps companies process and work with big data in real time delivered as a cloud service. They provide the platform to connect data streams and write code over the stream. It also enables users to monitor, stage and test their code before deploying it in production

Shaun spoke fondly of his own school experiences before highlighting the education and career journey he undertook after leaving the CBS.

Having studied computing at the CBS under the tutelage of Mr M Keenan, Shaun developed an interest in gaming. However, unlike most students Shaun wasn’t just happy playing games, he wanted to know how they worked and what was going on behind the interface. This lead Shaun to Queen’s University where he studied Computer Science.

In the summer of 2010, having completed his Computer Science degree, Shaun visited San Francisco on a J1 visa with the intention of playing Gaelic football for Ulster and undertaking some casual work. These experiences where so enjoyable Shaun set about making his stay longer than the 90 days allocated on the J1 visa.

Shaun secured a job with Obscura as a computer programmer. Obscura is a creative studio that combines next-level technology with awe-inspiring artistry to create unparalleled immersive experiences at scale. His first project was to write a programme to display visual projections on a new yacht belonging to Steven Spielberg. Shaun spent four years with Obscura working on huge scale projects across the globe.

In 2015 Shaun joined Asavie to work with the sales department as a technical consultant.   In a completely different role Shaun was tasked with explaining to potential clients across the US how his company’s software worked as well as outlining the support he could provide should they encounter any issues. This role involved a lot of travel, allowing Shaun to grow his network and broaden his horizons while giving him some time to ‘shower his head’ from the demands of computer programming.

In 2016 he joined his present company Alooma and he now spends the majority of his time working with Databases and writing computer code.

Shaun was quick to point out that his experiences at the CBS and Queens University were an excellent grounding for the rewarding yet very demanding career path he has chosen. He emphasised the point that to be successful you need to be very driven and you have to push yourself. You can’t wait for teachers or employers to give you everything; you must work at it and discover things for yourself. Queens taught him the importance of independent learning, a trait that he relies heavily on today.

Shaun finished the talk by pointing out the demand for programmers and some of the perks that go along with the job. On a global scale, there is a shortage of skilled programmers. Digital technology is growing rapidly and will continue to do so. Lucrative salaries are commonly associated with computer programmers but it is the flexibility that appeals most to Shaun. He stated that he can be ‘geographically independent as long as he has his laptop and a good internet connection’.

Many thanks to Shaun for taking the time to inspire our current crop of ICT students and we wish him well for the future. 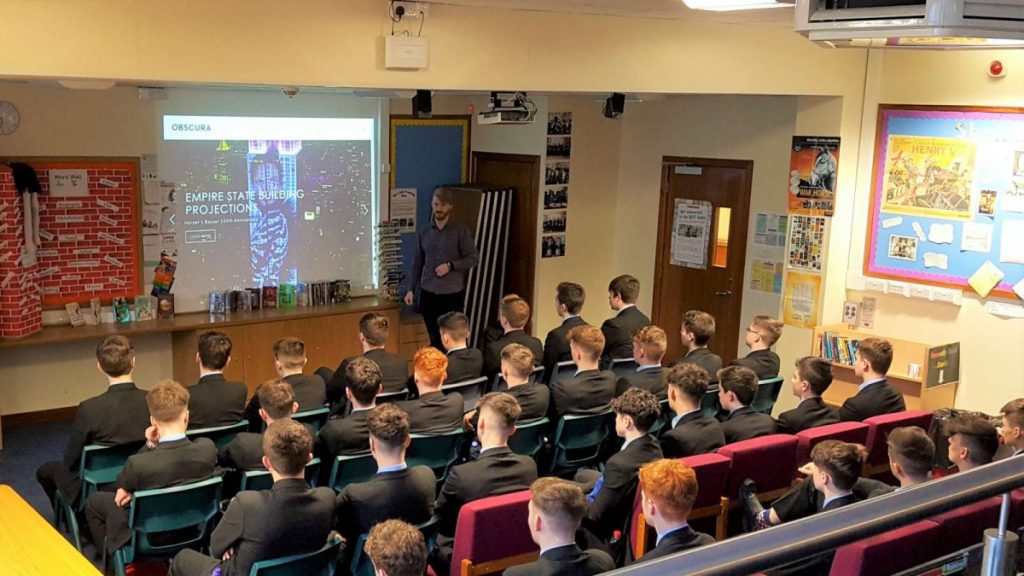