U15 boys are victorious in IFA District Futsal Tournament

Omagh CBS secured their place in the U15 national IFA futsal championships after winning the Tyrone and Fermanagh heat of the competition at Omagh Leisure Centre on Thursday past. Two CBS teams represented the school and after being placed on opposite sides of the draw the two teams met in the final of the U15 competition with CBS team two coming out on top with a last second goal by Gavin Potter. Both teams won every game throughout the group and knockout stages of the competition and could only be separated by the slenderest of margins in the final. The winners will now travel to Belfast on the 14th November to take on the top teams from all the other districts. 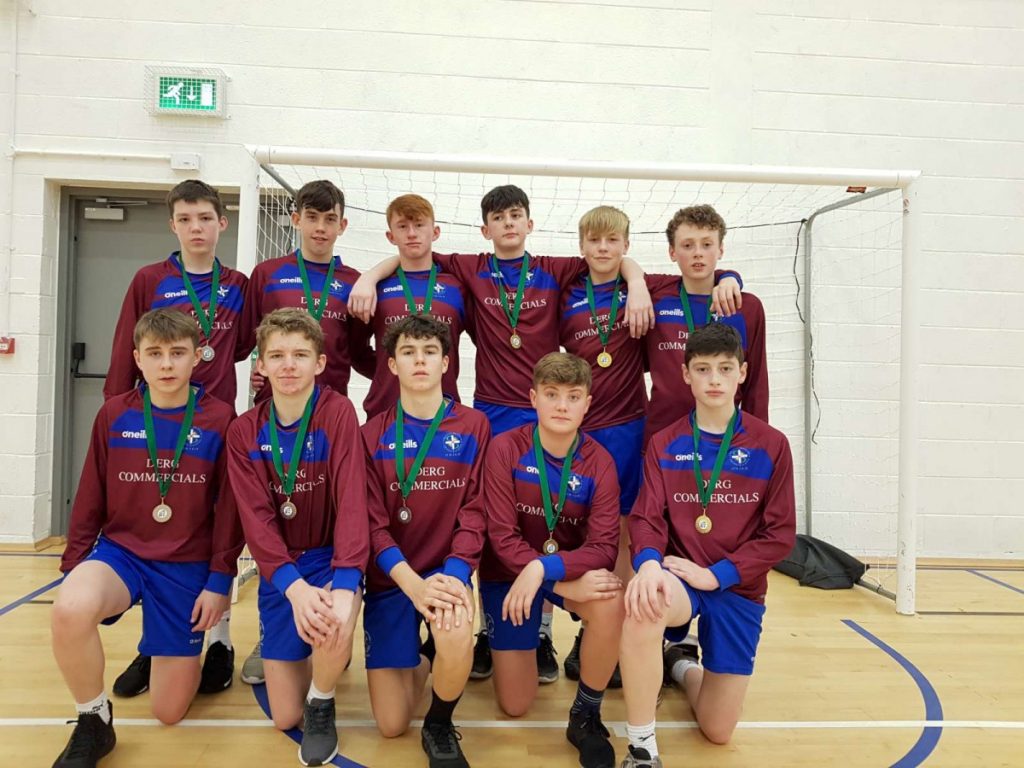 At the same competition two CBS U13 teams narrowly missed out on semi-final spots after finishing as runners-up in their groups.