On Tuesday the 22nd of May Omagh CBS Coolnaguard Sports Pavillion hosted the ‘Game of Three Halves’ initiative aimed at bringing young people together through their shared love of sport. 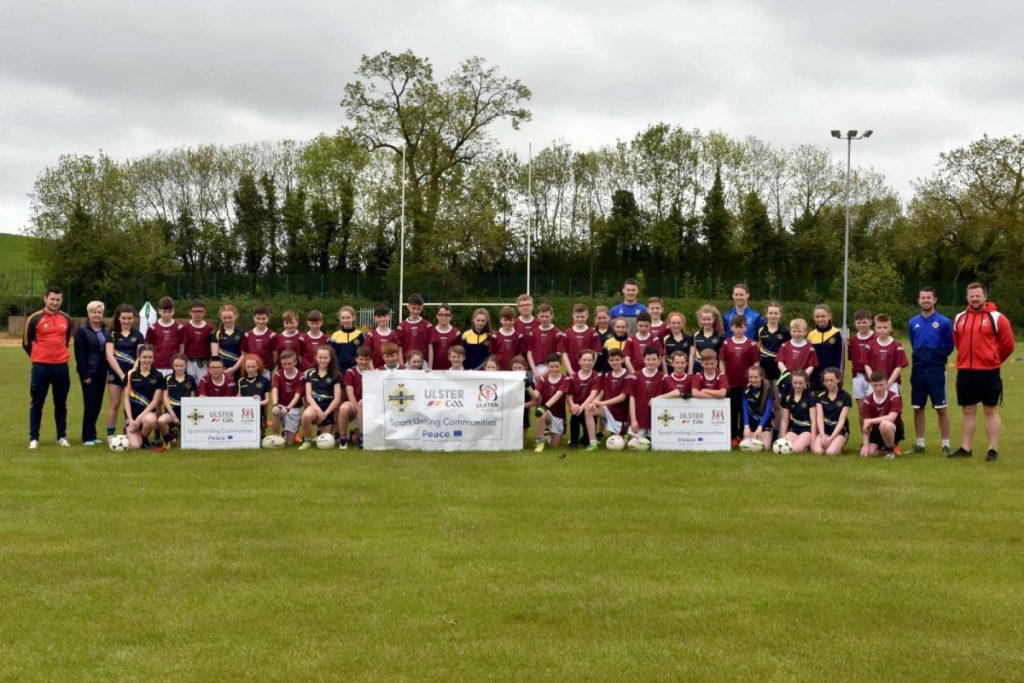 Each sport brings its own unique contribution to the Game of 3 Halves programme, and despite all three sports having their own specific values and philosophies, they all have one common vision – to bring sports into new communities and allow every child in Ulster to experience all three games.