Year 12 running sensation Sean Corry has amassed an amazing seventeen Ulster Titles at school and club level. Seven of these titles are for cross country with the remaining ten coming on the track. 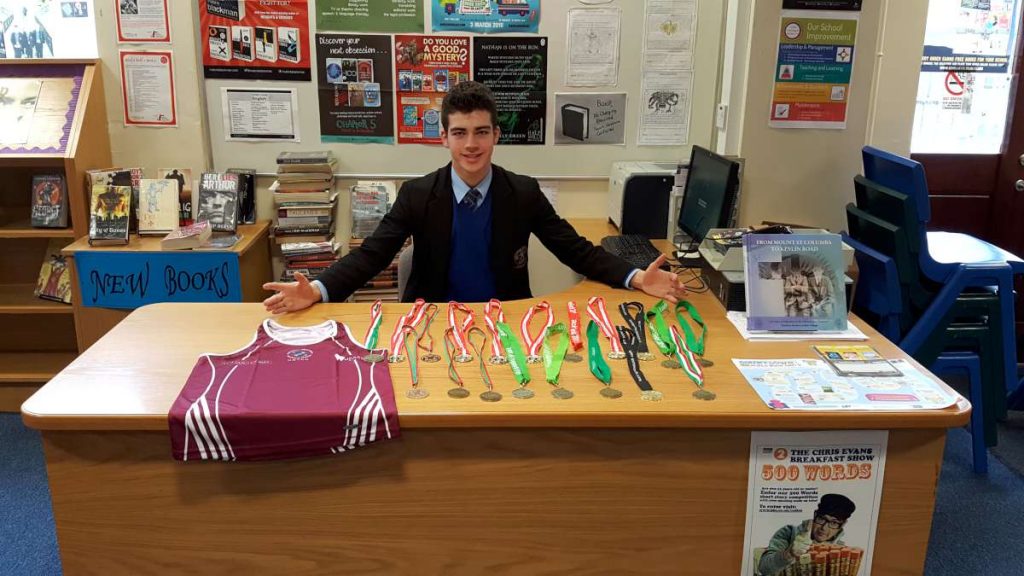 All 17 Ulster titles on display

Sean recently collected gold in the Intermediate boys Ulster schools cross country final at Mallusk Playing Fields, Belfast.  This victory means that Sean has now won Ulster Cross Country titles in the Mini, Minor, Junior and Intermediate boy’s races.  To come out top in Ulster each year is a remarkable feat of consistency and illustrates Sean’s dominance of his age category. 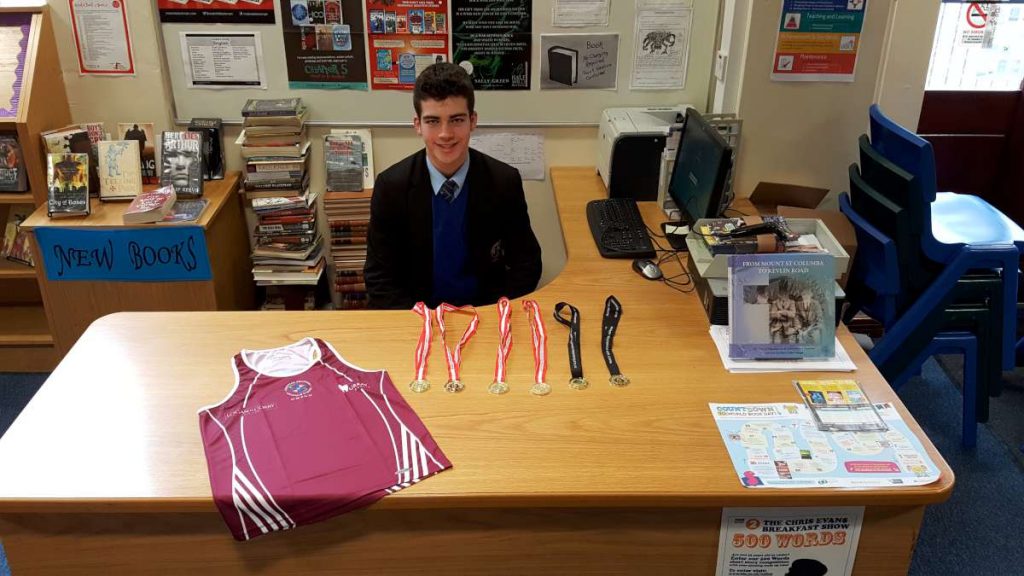 This week I interviewed Sean to find out what keeps him ahead of the field.

3.What has been the highlight of your running career so far?

5.Biggest influence on your career?

My coaches, including my current coach Teresa McDaid, my previous coach Conor Moore and my school coach Conor McFlynn.

6.Best piece of advice you have been given?

7.How often do you train?

I don’t really have one specific opponent which is tougher to beat than the others.

11.How do you relax before a race?

When I start warming up for the race I get more relaxed, like going for a jog.

12.Who are your sporting heroes?

13.What are your hobbies outside of running?

Surfing and most watersports

17.What do you normally eat for breakfast?

19.What’s next for Sean Corry?

I’m heading over to London to run for NI at the London Mini Marathon in April. Then track season 2017, and hopefully I will qualify to compete internationally on the track later this year.

Compete for Ireland at the Olympics.