With the overarching theme that he “hated the word fail”, as you “can’t have failed if you tried your best” Philly Taggart told the assembly hall packed with students from all over Omagh the story of his career from leaving school to a top place at Radio 1. 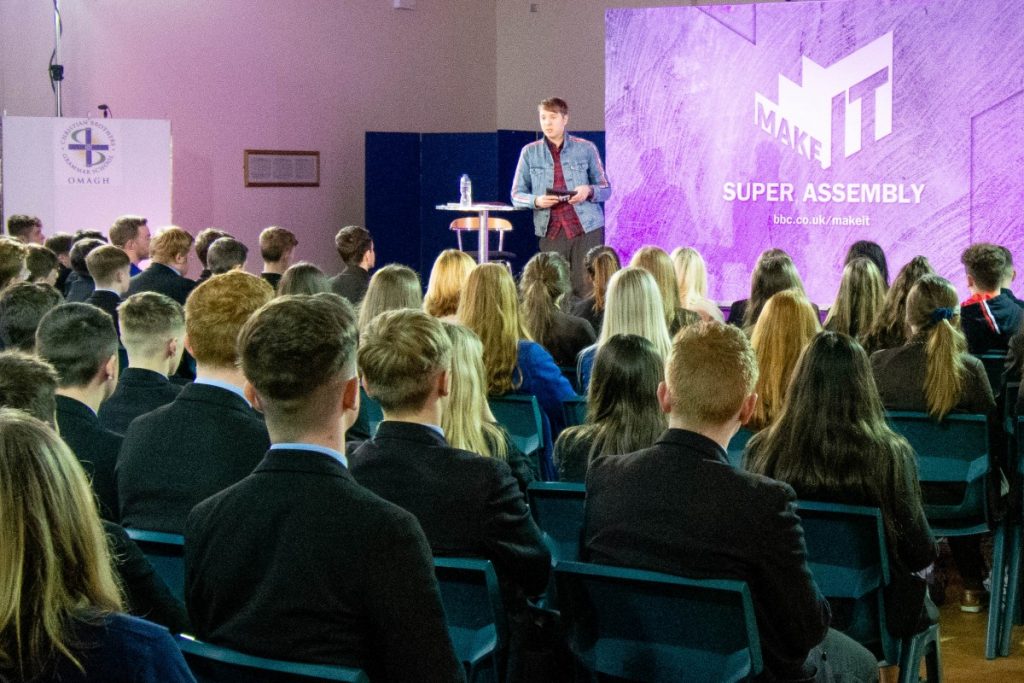 With a successful career ranging from a BBC radio DJ, record label owner and podcaster to name a few, Philly certainly had a lot to talk about. Before moving into his now glamorous sounding career, he reminisced about his fond memories of CBS such as the time a door incident nearly ended in losing a finger and how he had really come to school to do “the detentions missed in A-Level”. Also on a more serious note, how he at times found himself floating through school with friend groups who were “mad into GAA”, something he felt that wasn’t for him.

Philly then went on to talk about how he ended up in Radio 1, a tale of life in a band, time on the dole and a BBC work experience placement. Then the main theme of his self-admitted “long ramble” came to a fore, about trying your best and never beating yourself down for “failing”. The students present from across the Omagh schools, earnestly listened as he told them that anything could be a reality.

“Any job that you want really is possible. I don’t like this idea of people saying ‘I’m from Omagh. I’m from Northern Ireland. I can’t do that’. If you believe in yourself and you work really hard, you will get there.” He continued stating that when he first started working at the BBC in Belfast, making tea and welcoming guests at the door, he would stay “every day after work for 3-4 hours, after 6 months sending off a demo” which eventually led to his current role.

The show then moved on to questions from students, intrigued to learn about life in the entertainment industry. Philly admitted his biggest fear was “giving this speech” and his words of wisdom for those who wish to pursue a career in radio, “be nice to everyone, even if you think you are the most important person in the room” and “start small and have everything ready – thoroughly prepared”. 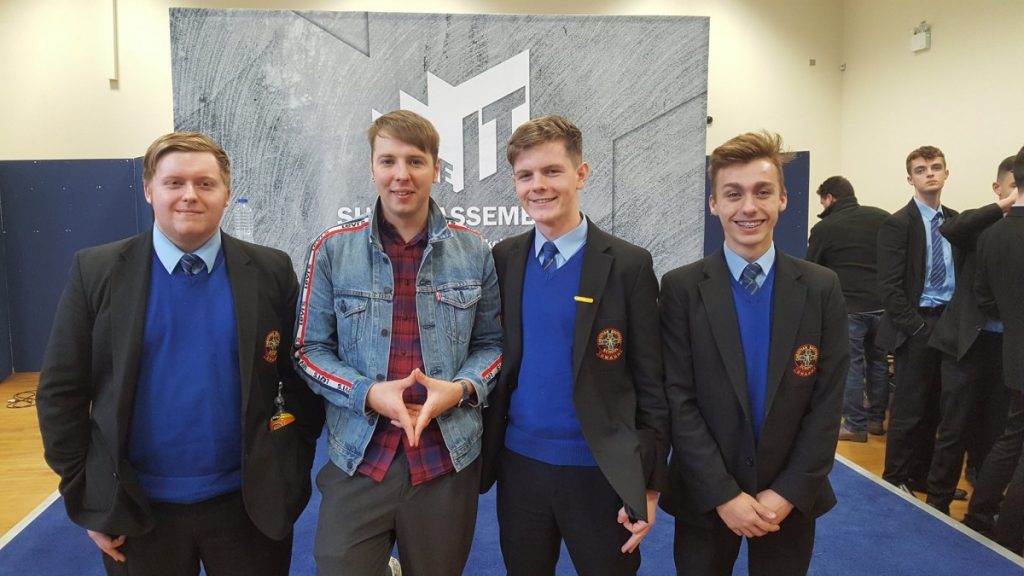 Ending with a message about how he was so glad to have the opportunity to be back at the CBS, in a speech heart-warming talk about trial and error and eventually success.