Year 13 pupil Lorcan McBride, from Carrickmore, was one of 24 young leaders selected by Rotary Ireland who recently travelled to the Euro Scola Debate in Strasbourg. Lorcan won the Omagh heat of the annual Rotary Youth Leadership competition before going on to qualify from the zone final in Dungannon.  The trip was the opportunity of a lifetime for many who got to experience the drama and excitement as they took to the floor as members of the European Parliament.  These young people debated and voted on resolutions of current affairs alongside their peers from across Europe.  The annual event allowed young people to use their language skills, develops cultural awareness and created an appreciation for cooperation across borders. 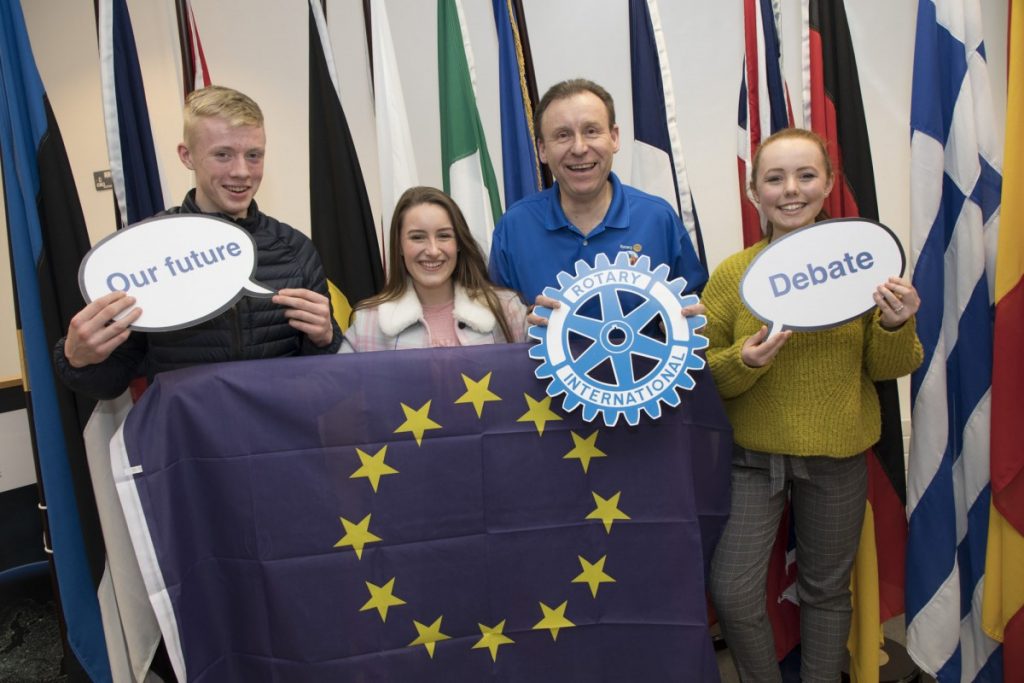