Year 13 pupil Lorcan McBride is heading to the European parliament in Strasbourg next year on the back of winning the Youth Leadership Development competition run by the Rotary organisation in Ireland.

This competition provides an opportunity for young boys and girls from 16 to 18 years old to demonstrate their academic achievements and extra curricular activities in leadership skills.

After outlining his achievements in writing Lorcan had to undergo an interview before a panel of three judges. After winning the Omagh heat against six competing schools Lorcan advanced to the Zone finals , where candidates representing nine rotary clubs were pitted against each other. 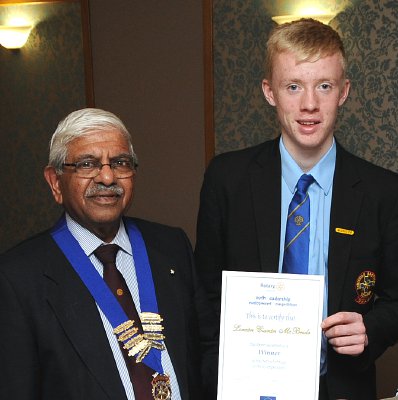