Our under-13’s made history on Wednesday the 3rd May by bringing the NI School’s Cup home to Omagh for the first time after a very entertaining and often nail-biting final against Our Lady & St Patricks Knock. The final was played at Moyola FC with the CBS winning 2-1 against a very good and well organised OLSPK side.

As in the semi-final, the boys would have been considered major underdogs for the cup and it was OLSPK who made the brighter start to the game when their striker placed wide from a good position after only 3 minutes. With many of the boys having never experienced an occasion such as a NI final it was understandable that it took them a while to settle into the game, but settle in they did and after some good work in the midfield Conor Bradley picked up the ball 20 yards out, beat two defenders before firing low into the bottom corner to open the scoring for the CBS. After the goal the CBS found themselves under pressure for spells as OLSPK’s direct style and strong physical front three meant it was hard for the CBS to clear their lines and establish any real possession. The midfield trio of Odhran Brolly, Ronan Strain and Oisin Gormley found it difficult to stamp their authority in the middle of the park due to OLSPK’s direct style bypassing the midfield but they battled hard and played some nice football in parts. Even with the pressure being put on the CBS rear-guard the front three of Shay Northern, Conor Bradley and Patrick Corcoran were always a threat on the break and after 25 minutes a quick free-kick over the top from Oisin Gormley found Conor Bradley who lobbed the keeper from 20 yards to put the CBS 2-0 up to the delight of the travelling support. The CBS had to survive a couple of scares before the half-time whistle as OLSPK hit the bar on two occasions.

The second half started with both teams battling hard to gain the upper hand but as the half wore on and with nothing to lose for OLSPK the pressure on the CBS goal began to mount and the CBS back four of Eoin McAnulla, James Simpson, Dara Hayes and captain Sean O’Donnell had to be at their best. CBS keeper Gavin Potter, outstanding on the day, had to be alert to make a series of top drawer saves but he could do nothing when he was eventually beaten with 15 minutes left on the clock when a sliced clearance fell inside the penalty area and was duly placed into the top corner by the OLSPK striker. Signs of nerves were now beginning to show for the CBS boys as OLSPK threw everything at them in the final 10 minutes but it was the CBS who had the best chances to kill the game in the closing minutes when great work going forward by substitutes Kian Murphy and Matthew Ballard twice set Conor Bradley clear only to be denied by good saves from the opposing goalkeeper. In the end it did not matter as the CBS stood firm and emerged victorious, 2-1 winners.

At the final whistle CBS captain Sean O’Donnell became the first CBS player to lift the NI Cup. It is an outstanding achievement to win a NI Cup and it is an experience and a memory which will stay with the boys for a long time. The entire squad were magnificent and deserve a lot of credit. 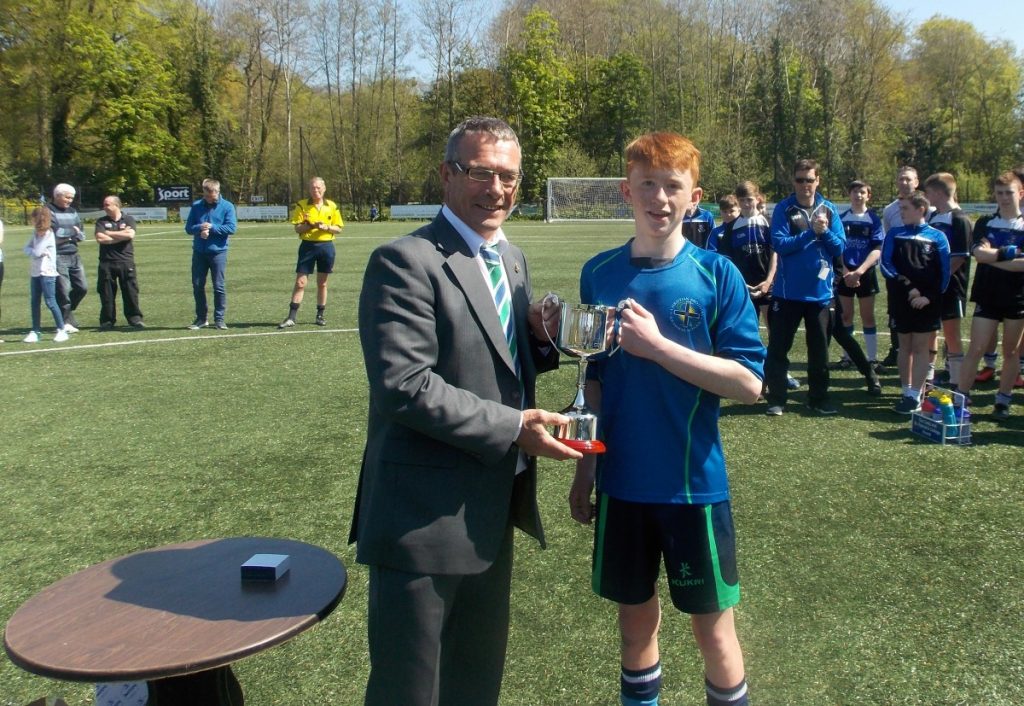 Huge congratulations must also go to their coaches Mr D Dickson and Mr O McGrenaghan for all their work throughout the year. 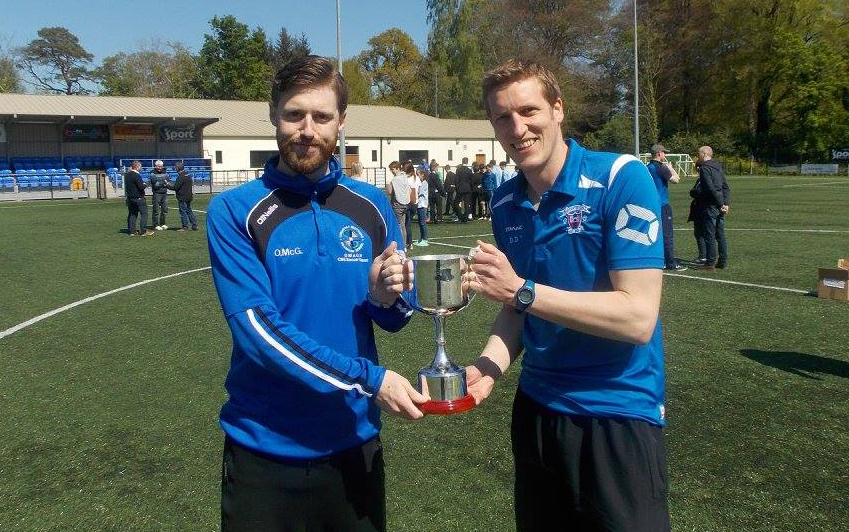