Peter Donnelly of PD Coaches has agreed a three year deal to sponsor the CBS MacRory Cup team. Peter has been transporting the school teams for a number of years and was keen to take his involvement to another level. The support of PD coaches is very much appreciated in a time when educational budgets are increasingly under pressure. 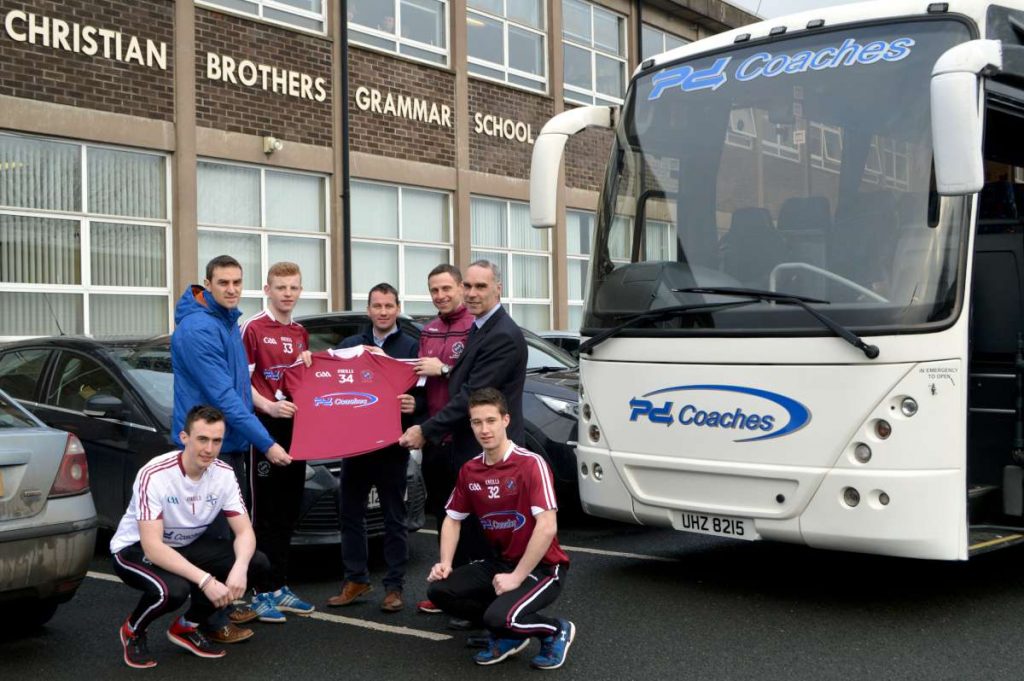 The boys play their quarter final fixture this Friday night, 10th February, in Ballinderry at 7.30pm against St Mary’s Magherafelt.