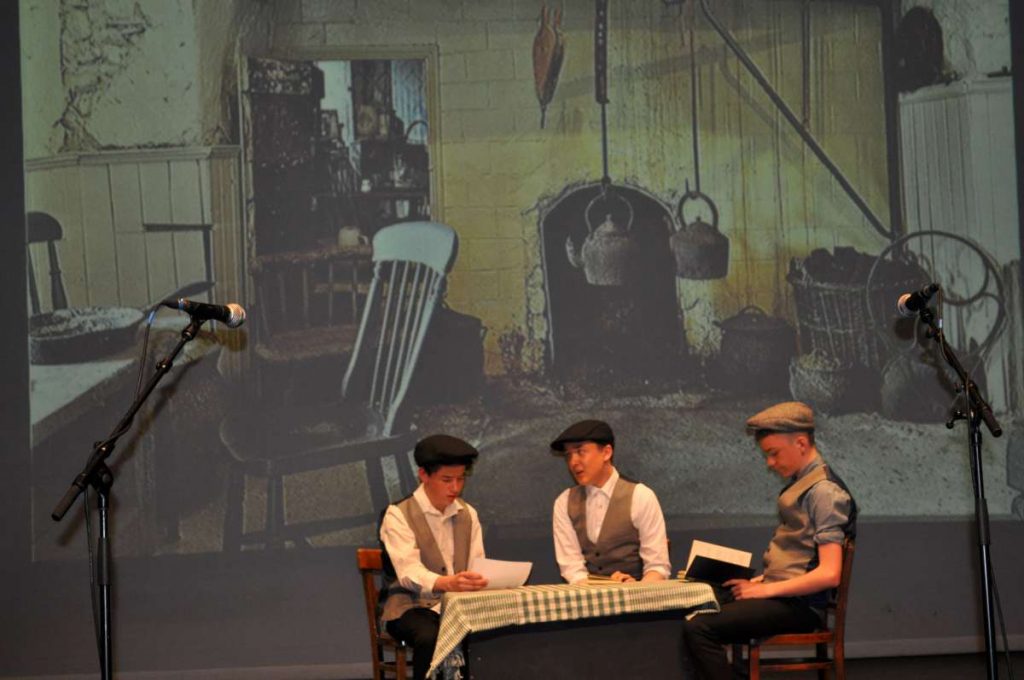 Scartha is an Irish word meaning ostracised and it is the essence of the play performed by extremely talented actors from Years 9, 10 and 11 as part of an Irish Drama night held in The Strule Arts Centre on Thursday 19th May. The play was written by Mrs.Pearson to commemorate events of 1916 and the circumstances that led to the Rising. 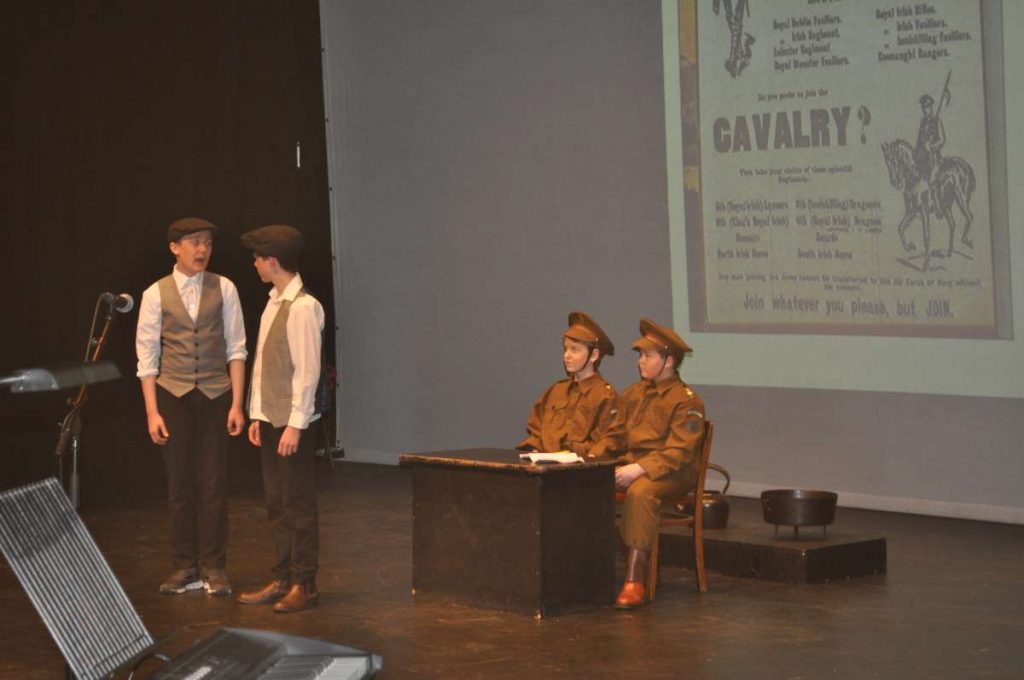 As thousands of others had done before them two young brothers from Rann na Feirste in Co Donegal believed the Redmonite propaganda that going to war in Europe would help achieve an independent government in Ireland.  When one of the brothers Seán gets killed in Ypres, Belgium the other brother Peadar returns home badly injured and traumatised by his experiences in the trenches.  When he is rejected by his father for joining the British Army he finds out through his friend Ruairí about the Irish Republican Brotherhood and the plans for the Easter Rising. However events transpire that threaten Peadar’s life and he is left with no other option but to abandon his Gaeltacht home and begin a new life for himself.

The cast of the play was as follows: 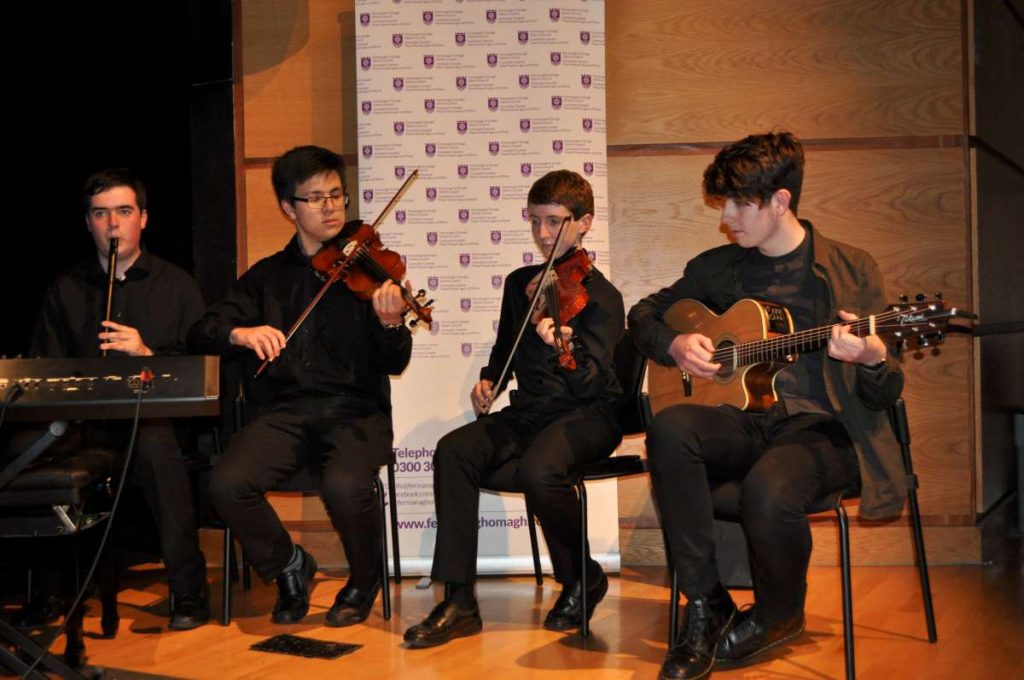 Miss Cullen and Mrs.Pearson are extremely proud of the huge number of hours the boys dedicated to learning lines and rehearsing. The 3 lead roles were played by our past pupils of Gaelscoil na gCrann and we are delighted to showcase their beautiful fluency in Irish. Our other Year 9 and 10 boys faced the challenge of learning a script in Irish and it has to be said that all involved showcased their Irish and Drama skills to an extremely high standard!!