A chance meeting by a couple of old classmates led to the spark which resulted in the year group who were in their last year in the CBS, Omagh in 1987/88, having a thirty year reunion of sorts.  With over sixty past pupils attending in the school on Saturday 18th November it was a great night of reminiscence, with classmates attending from all of the local towns and villages of west Tyrone.

Patrick McColgan was the driving force behind the whole event, with the  enlarged class photos a focal point of discussion, especially due to the presence of the only student in the history of the school to manage to be a member of two fifth year form classes simultaneously (apparently).  Much talk about those well-worn middle-aged men preoccupations such as Brexit and the decline of western civilisation.

A strenuous effort was made to contact every member of the year group, by hook or by crook, but organisers wish to extend apologies to anyone who slipped through the net, although judging by the attendance and other correspondence those missed were few and far between.   Any member of the year group who missed the event and would like to be included in future communications should contact the school directly and leave a message for Conor McCloskey. 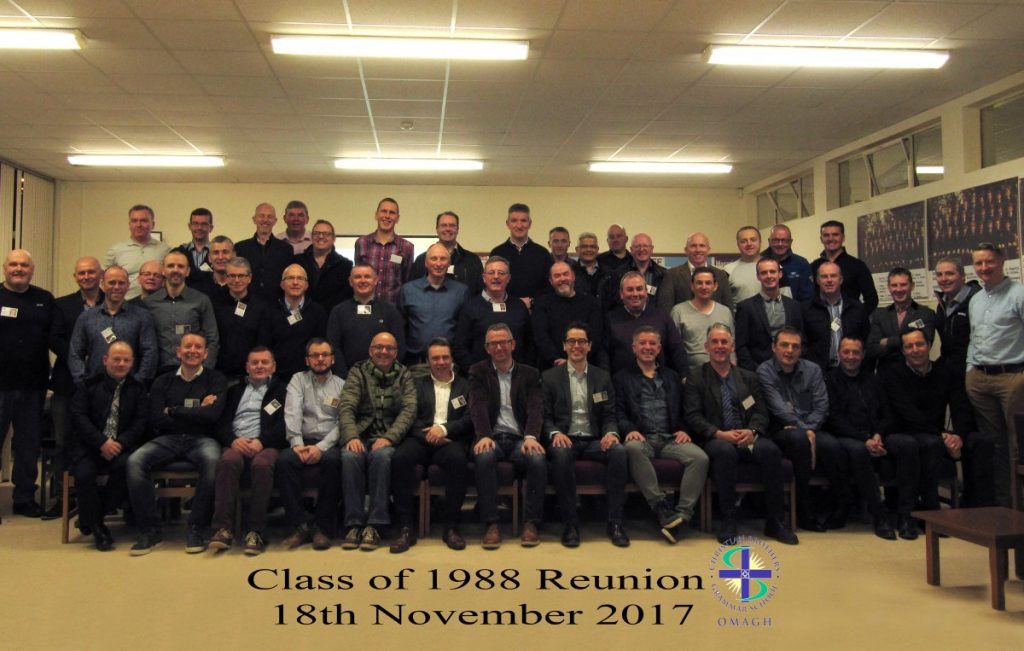