Sam Returns to the CBS

On Friday 10th December we were delighted to welcome Tyrone winning All-Ireland Manager Feargal Logan, along with a number of former students that make up his All Ireland conquering backroom team and playing squad.  In total we had 14 former students directly involved in capturing Sam Maguire for a 4th time, 7 on the playing squad and 7 in the backroom team.  Unfortunately, not all of them could join us for today’s celebration due to work commitments. 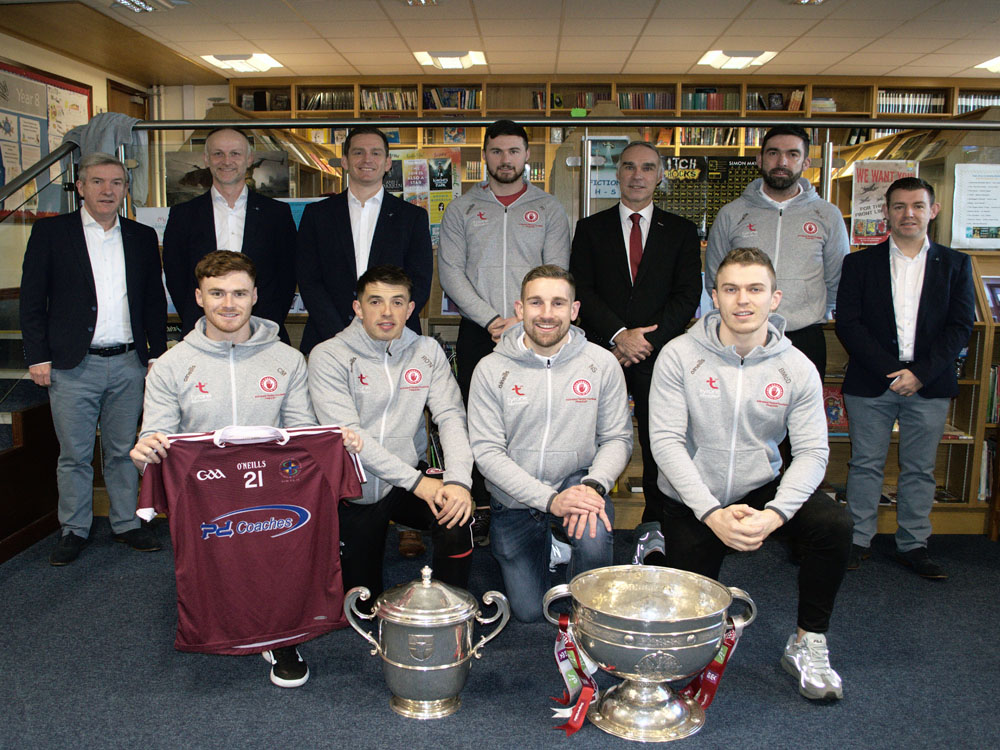 The assemblies began with the players being warmly greeted as they paraded the Anglo Celt Cup and Sam Maguire Trophy. After a brief welcome message from school Principal Mr F McConnell, Manager Feargal Logan addressed the group as did Conor Meyler before Vice Principal Mr N Donnelly lead a question and answer session.

The whole CBS community is delighted with Tyrone’s success, and we are very grateful for the players and backroom teams’ efforts in visiting us today.  Hopeful they have ignited a spark for many students who will one day follow in their footsteps.

Click here to see a selection of photos taken during the celebrations.