40 Year 12 to Year 14 students of Spanish, along with 5 teachers, assembled at the school at 1.30 a.m. on Friday 26th October and headed off to Dublin airport for our trip to Barcelona. We were really looking forward to it as we had been talking and planning for it for almost a year. As it turned out we weren’t disappointed!

When we got to the airport we checked in, got some food and our Aer Lingus flight took off at 6.45 a.m., arriving in Barcelona around 10 o’clock. What first struck us was the heat there, compared to the freezing cold in Dublin. Our tour guide Eva brought us to the coach and we had a 4 hour sightseeing tour of Barcelona, seeing the Olympic Stadium which was built in 1992, Montjuic and the beautiful surrounding area where we stopped off for some refreshments. Then we went to visit Gaudi’s amazing Sagrada Familia Cathedral, which is still being finished off. We took loads of photos and the attention to detail on all the sculptures and towers is truly breath-taking. Then we went off to the La Barceloneta area for lunch and we played football on the beach. By 5 p.m. most of us were really tired so we went off to our hotel in Salou. We played some pool and had dinner before going to bed around 11 p.m. 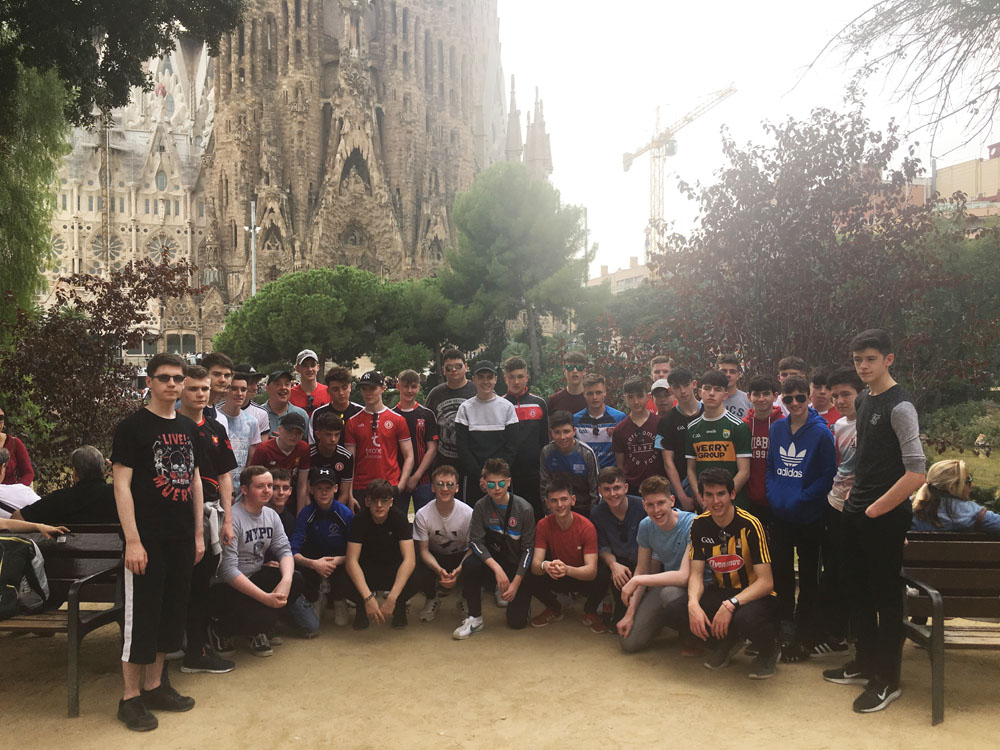 We were up by 8 a.m. on day two, had breakfast and went back in to the city to visit the Picasso Museum which was very busy. It was fascinating to see his works and to learn a bit more about him. His early work was really fascinating to see. Then we went to the Maremagnum shopping centre which is about the same size as Victoria Square, with loads of shops and places to eat. It was great to compare prices and varieties with home. After we walked across to the Aquarium down by the Port area where we saw loads of different fish and other creatures, including sharks, eels and penguins. We headed back then to the hotel, got some food and then went off to the bowling arena which was fantastic fun. We were driven there by a driver who was from the same town in Argentina as Lionel Messi! He had met Messi loads of times, though he didn’t have time to arrange a visit for us!

On Day 3 we went early in the day to Port Aventura to try to beat the long queues which would form later in the day. Some of us went on ‘Shambala’ which is the highest roller coaster in Europe, and  the ‘Dragon Khan’ which was equally as exhilarating. Everyone tried most of the rides. It is a huge theme park and it takes a full day to go around it. Around 5 o’clock we headed back to the hotel and later on we went to ‘La Casa de Illusiones’ where we saw a Magic Show, with plenty of tricks and magical illusions. 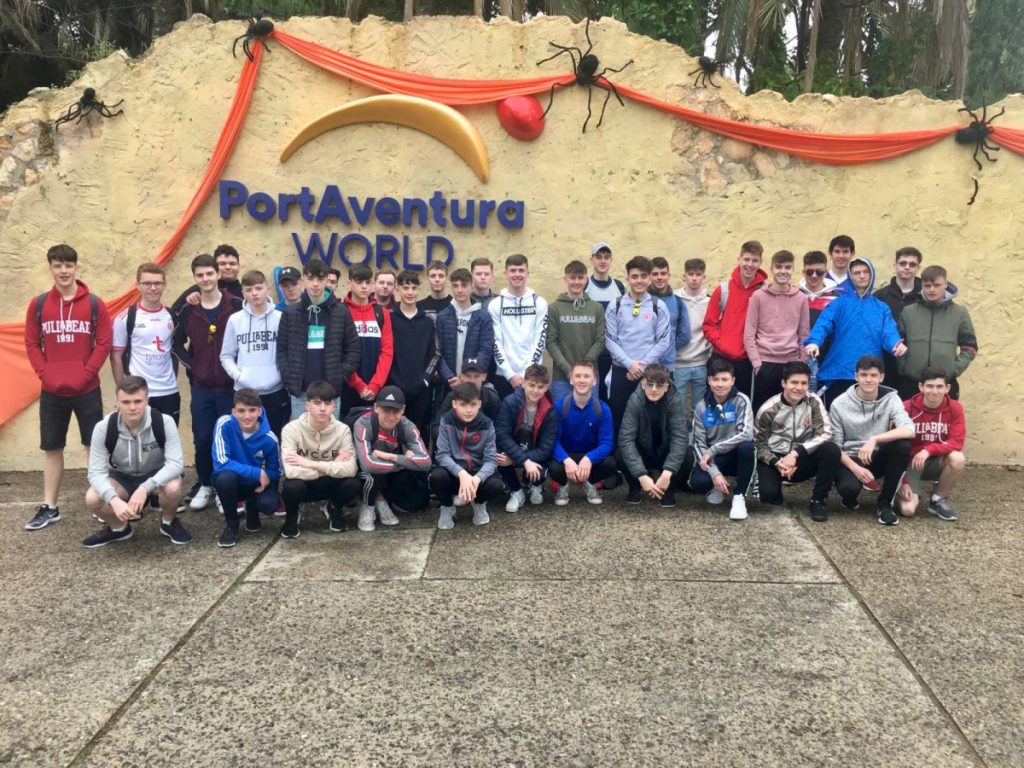 On our last day we went to Camp Neu, home of Barcelona F.C. We saw the stadium, changing rooms, the pitch and dug out area as well as all the cups and trophies in the museum. Then we went to Las Ramblas, in the centre of Barcelona and did some last minute shopping for presents in El Corte Inglés. Then off to the airport to get our flight home. We arrived back to Omagh around 2.30 a.m. Everyone was exhausted but still buzzing with great memories of a fantastic trip! It was brilliant to get to practise some Spanish and to see all the different aspects of Spanish culture. Everyone had a great time, nobody got pick-pocketed and we all would love to go back in the future! 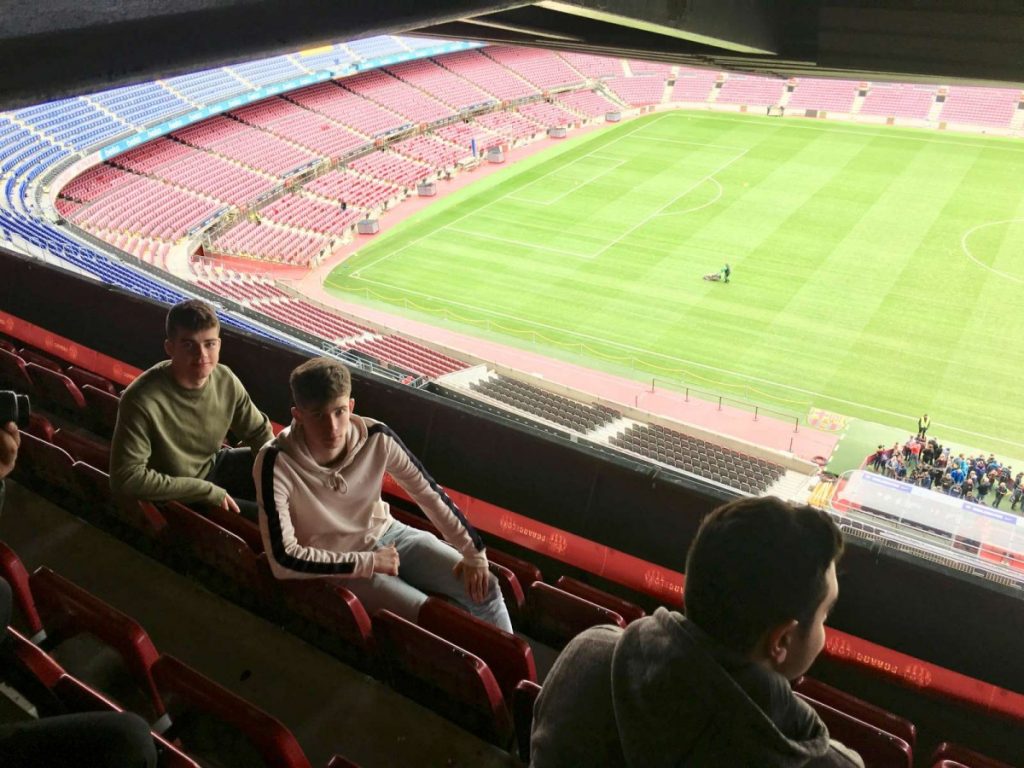 For more images visit our gallery