A good season in general for CBS, Omagh, in the sense that the Junior Team reached the Junior Plate Final, where they were defeated by Regent House after defeating Grosvenor College, Carrick High, Cambridge House and Banbridge Academy en route to the final.

Both the Senior and Intermediate Teams lost narrowly to RBAI, with both fixtures drawn 3-3, they were eliminated on count-back, in both cases losing by one game.

The Senior Team had already defeated Friends’ School, Lisburn, to reach the quarter-final, but defeat in the quarter-final represented the end of the line for two Year 14 veterans – Jared Monaghan and Gerard Duddy – who were members of the team in 2012 which won the Junior Plate and the Intermediate Team in 2014 which came runners-up in the main competition. 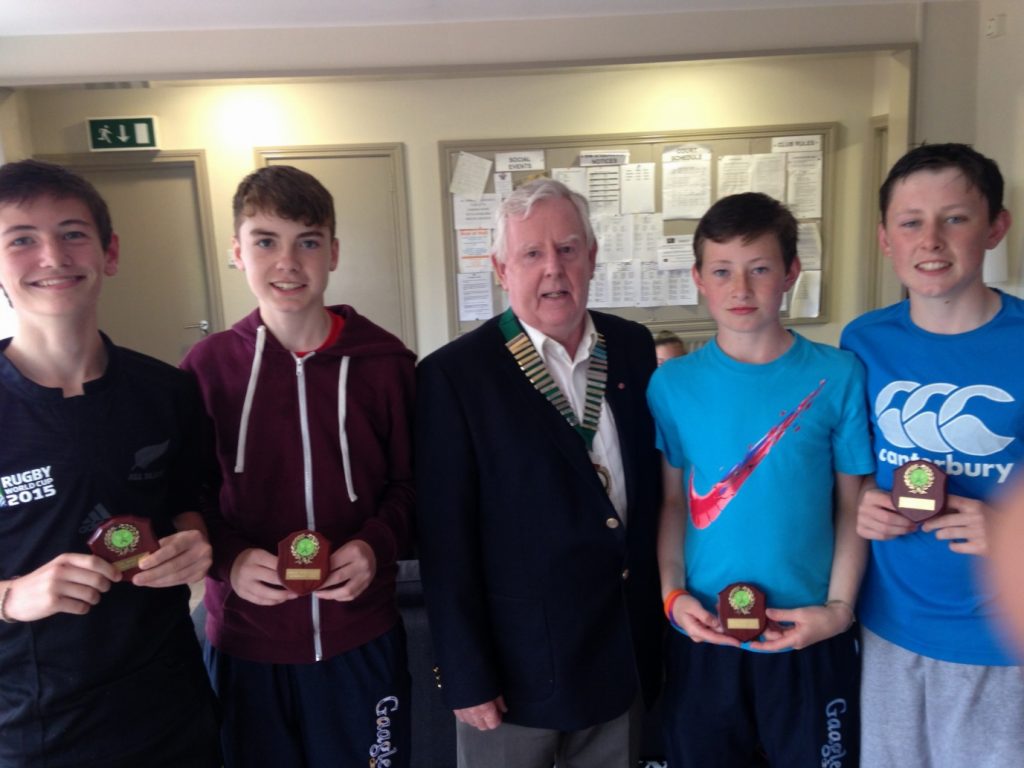 The Junior Team are pictured receiving their awards from the Chairman of Ulster Tennis, George Stevenson. They are from Left-to-right: Sean Teague  10B, Eoin Connolly  10B, Ciaran Daly  9D, Cormac Taggart  10A