Trip of a life time

My Ski Trip by Eóin Deery

As we streamed onto a warm coach from the cold night at the side of the school, neither I or my peers had any definitive knowledge of what the next week would entail, nor any knowledge of what we would learn in that week.

After a long journey, mainly comprised of sleeping, we reached Pinzolo, a quaint little town, at the end of a massive valley surrounded by stunning alpine mountains.

Our hotel was not unnecessarily fancy, and with six people in some rooms far from too spacious. The compact atmosphere, however was integral to the trip, making it necessary to bond with others, crafting friendships that would not exist otherwise, and strengthening existing links.

Days consisted of a tight schedule of two hours of coached skiing, followed by a prepaid lunch, followed by another two hours of coached skiing. Following this the group would return to the hotel, wash for dinner, eat, then usually attend an evening activity such as watching a film or karaoke night. Bedtimes were reasonable and sleep was well deserved after such a busy day.

Skiing, the core of the trip, was led by local instructors all with an impressive grasp of both skiing and the English language. Instructors were hugely helpful, whilst maintaining that each and every pupil cannot rely on the instructor alone to learn, but that you must learn from your mistakes. By the end everybody could ski red slopes confidently and really loved doing so. It should also be noted that for the price of the trip, the twenty-four hours of ski lessons from an English speaking instructor came as a bargain.

Food was cheap and fairly tasty most nights, with vegetarian options at every meal and a potential to try foods most people have never had, for example veal stew or whole young chicken.

Food and drinks could also be purchased for the rooms from evening trips to the local supermarket, full of home comforts and continental curiosities. I would however suggest that you do not overindulge on sweets as this can, as happened to someone in my ski trip, cause unfortunate repercussions.

Evening activities are varied and give a chance to communicate with other schools. They are well organised and rarely cost any extra, the only case of an extra cost I saw was when we went to a pizzeria which cost only ten euro including a tip.

Money is not a huge concern following the initial payments, and the cost of ski equipment is not bad if you shop smartly. It is suggested that you bring nearly two hundred Euro on the trip, and I would suggest that you do, just in case, but I was very happy spending only about fifty euro the whole week, and could have made it comfortably on about thirty.

Time in the rooms was fun, surrounded by friends, cracking jokes and messing about. We all shared each others belongings and became very close, like one unit.

One good thing about the trip was the teachers. When a teacher drops their life for a week to come on a school trip with you, they act differently, like real people, laughing and smiling, whilst remaining quietly authoritative and keeping things running smoothly.

For me, the ski trip was not just a holiday but an experience. On my first day back home I felt comfortable for a week of partial independence had altered my outlook on home, school and myself in a positive manner. I no longer felt so dependent feeling as if I was myself and not just a son, student or friend.

I may be making a simple school trip sound far too dramatic, but for most people it will be their first taster of real life, having to set your own alarms, knowing when to wash and tidy, and all the while having a great time with some great people.

I would strongly suggest that, if available, you accept the opportunity to take part in the ski trip, and earn a lasting life experience. Thank you for your time. 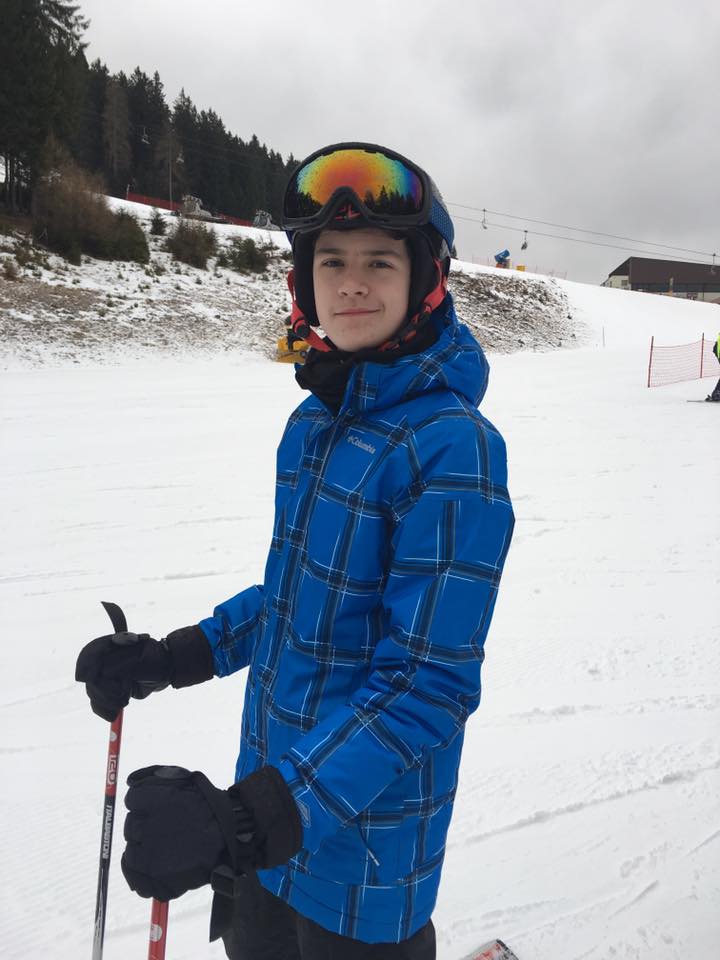