It was an amazing experience from start to finish, jam-packed with tours of historical and culturally significant sites. 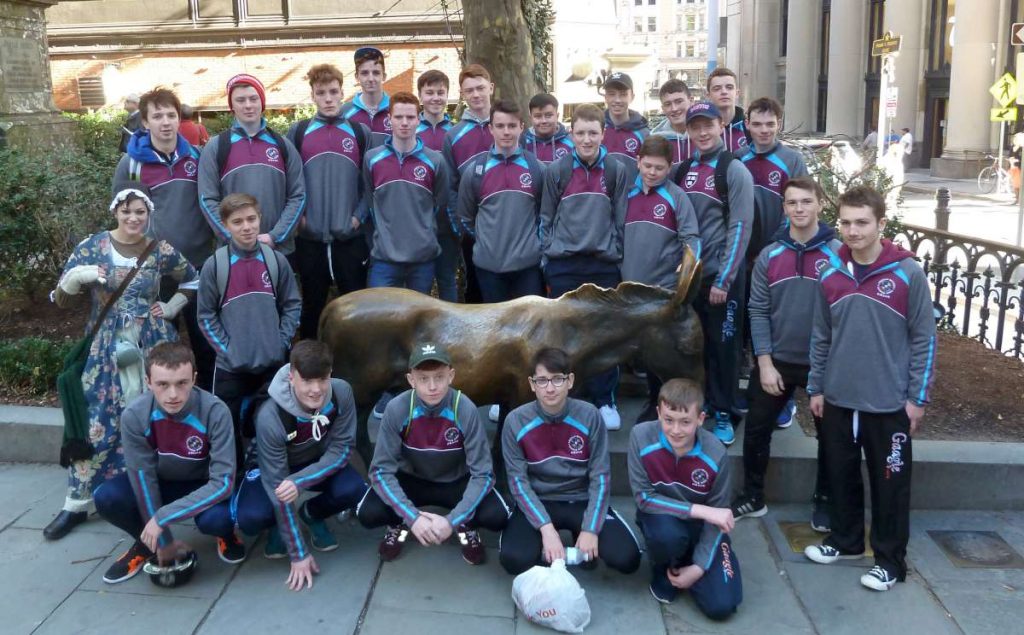 Our trip began in Boston. After a long flight, we headed straight to Quincy Market where we spent a few hours shopping and relaxing before heading to the hotel. The following day we were off bright and early to Harvard University for an extensive tour of the site and some of the main buildings, such as Memorial Hall. I really enjoyed learning about the history of Harvard University, and how different university life is for American students compared to our own. Following this was the ‘Freedom Trail’ Tour. This highly insightful and entertaining tour followed three significant events that occurred in the lead up to the American Revolution. We saw the sites of the Boston Tea Party and the Boston Massacre, as well as getting a feel for how people in America lived at that time.

Having been enlightened on the history of Boston, we set our eyes on the “Big Apple”. Even a few miles out from New York we could see the very tops of the tallest skyscrapers breaking the skyline. Once we reached Manhattan, the sheer size of these concrete goliaths became clear. It was like nothing I’d ever seen before! The city was alive with a constant, intense buzz of people from just about every corner of the world. On the night of arrival, I was lucky enough to attend a Broadway show – “The Play That Went Wrong”. It was a wonderful experience, and I can honestly say that I left the theatre in stitches. Another early morning saw us attending Mass in the famous St. Patrick’s Cathedral and then back on the bus for a tour of New York City. We saw just about every major site in the city – including Central Park, the World Trade Centre, and the Statue of Liberty in the distance. Our tour ended in Brooklyn where we attended a basketball game between the ‘Brooklyn Nets’ and the ‘Denver Nuggets’. It was a highly energetic game with music and a great atmosphere to go with it.

The third and final city we visited was Washington DC, which was probably my favourite of the three. Once again, we received a guided tour, and this one covered some of the many monuments in Washington. We visited the memorials for Thomas Jefferson, President Roosevelt, President Lincoln, and the Vietnam and Korean wars. This extensive tour focused heavily on the effects each of these influential people and events had, and how each monument honoured their memory in a unique and reflective way. In addition to the historical sites, we also went to the Whitehouse and the Capitol building – where we were escorted around by the representative of a Congressman. Once again, it was astonishing to witness the sheer size of these buildings and how much effort and time is spent in producing such pieces of art both inside and out.

We loved New York so much, however, that we had to go back a second time. We spent our last night in America at the top of the Empire State Building. I had a view of the entire city from all the way up there. Absolutely breath-taking. I will never forget it. This was undoubtedly my highlight of the whole trip.

Before heading to the airport the following day, we were ‘let loose’ to explore Central Park and Fifth Avenue, including the Rockefeller Centre – which everyone took full advantage of. It had ‘all the brands’. Hollister. Nike. American Eagle. You name it, it was there!

Unfortunately though, all good things must come to an end, and so we packed our bags and headed for home.

Overall, this was an incredible experience that will forever stay in my memory. It really is difficult to put into words how much we enjoyed it and how much we packed into one short week. I loved every minute of it, and I am so grateful to the school for providing me with the opportunity of a lifetime.

Click here to see more photos from the trip